Inspiration: The Twinkle In My Eye 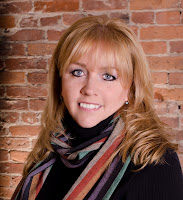 Growing up, there was nothing I wanted more than to become a mother. My children were the twinkle in my eye as far back as I can remember, from swaddling my favorite baby doll to picking out my firstborn’s name way back in junior high. What I didn’t know then was that after twenty-plus wonderful, terrifying years of working to turn two human babies into two kind, responsible adults, I was going to have another baby. A book baby.

In between child-tending, clothes-washing, vegetable-growing, house-cleaning, toy-organizing, meal-preparing, party-throwing, kid-schlepping, and teenager-wrangling, I wrote for fun and I have a drawer full of half-started novels to show for it. Of course I dreamt of finishing a book, of being published, of living the “dream”. But writing was just a relaxing hobby, a luxury I afforded myself when I had time. Then, suddenly, the story I knew I had to write came to me--another twinkle in my eye, if you will.

My mother came to America alone, by ship, at twenty-one, to marry an American soldier she met while working at the PX outside her village. Just over a decade had passed since WWII, and Germany was still rebuilding. Her family was dirt poor, and the lure of an ideal American life was powerful enough to make her leave her family and marry a man she barely knew. Alas, her American dream was no fairy tale. The American soldier turned out to be dishonest and cruel, and my mother had nowhere to go for help, living on an isolated farm twenty minutes from the nearest town with no car and no driver’s license. Somehow she persevered, giving birth in quick succession to my sister, my brother, and me. Eventually, my parents divorced, and my mother took us back to Germany, hoping to start over. But it wasn’t meant to be. My father insisted she return to the States, even though he had no interest in being part of our lives. Luckily, my mother met and married a caring man who took us in as his own. I grew up traveling to Germany to see my grandparents, aunts, uncles and cousins, longing to live in their beautiful world full of tradition and culture.

Then, when I was a sophomore in high school, I learned about the Holocaust. To say it was difficult to wrap my head about those atrocities happening in my amazing, beautiful dream-world would be an understatement. WWII was our history teacher’s favorite subject, and he was obsessed with teaching us as much as possible about what happened to the Jews. It didn’t take long for some of my classmates to start calling me a Nazi, saluting and shouting “Heil Hitler” in the halls. That was when I began to understand the concept of collective guilt. I asked my mother questions about what it was like during the war, about Opa’s role, and about the Jews. I soon realized that in her own quiet way, Oma had tried to help, risking her life to set out food for the passing Jewish prisoners, even though she could barely feed her own children. Opa was drafted, fought on the Russian front, and escaped two POW camps. For over two years my mother and her family had no idea if he was dead or alive until he showed up on their doorstep one day. He was a foot soldier, not SS or a Nazi. But I was too young to understand or explain to my peers that being German doesn’t make you a Nazi, that protesting something in America is easy compared to protesting something in The Third Reich, or to ask them what they would have done if they had to choose between someone else’s life and their own. My American father had taught me that evil has the ability to reside in the heart of any man, regardless of race, nationality, or religion, but I didn’t know how to make those points. I didn’t know how to tell my friends that collective guilt as opposed to individual guilt is senseless; that retrospective condemnation is easy.

Then, over twenty years later, after another conversation with a close friend (ironically one of my former high school teasers) about how much responsibility the average German held for bringing Hitler into power, inspiration struck. I needed to write a novel about what it was like for an average German during the war, while still being sensitive to what the Nazis did to the Jews. But I also knew my book needed a twist if I wanted to sell it. Then I remembered how James Cameron used a love story to tell the bigger story of the ill-fated Titanic. And so the romance between a young German woman and a Jewish man was born. Together with stories from my mother’s life in Nazi Germany, I knew the entire novel, from beginning to end.

Writing the first draft was a lot like the night my husband and I made the decision to get pregnant, exciting and fun. How long would it take to conceive? Would pregnancy be easy or hard? Who would the baby look like? I finished the first dreadful draft of my novel in three days, in longhand, on a legal pad. The Plum Tree had gone from being a twinkle in my eye to a plus sign on a pregnancy test.

Then the realities of gestation kicked in. Just like growing a baby, growing a novel takes time. After years of rewrites and research, nausea and fatigue, I heard a heartbeat. At long last, the twinkle in my eye had developed into something viable and real. Now it won’t be long before the big delivery day arrives, when I’ll be able to hold my novel in my hands, to admire and caress it, all dressed up in its newborn cover. Just like putting my son on the bus for his first day of kindergarten, or dropping my daughter off at her first college dorm room, I’m going to be a proud, nervous mother, hoping my book baby will be welcomed into the world with kind words and open arms.

Posted by Ellen Marie Wiseman at 3:00 AM