Is "Iron Curtain" Worth Four Frappuccino's?

Being published yields lessons about control. After you sign your contract and, much later, the book goes on sale, you will learn what you can control. Or what you think you control but don't. Or what you don't realize you control and should actually spend more time controlling. Some of the lessons are stark, and some are subtle.

But there is one thing that you, the traditionally published author, do not control and that is the price of your book. There are no gray areas here. You can send emails to your editor and agent, or spend hours venting to friends in your online groups, and the price won't change a penny. The publisher sets it. Period.

Do readers know this? Maybe not. 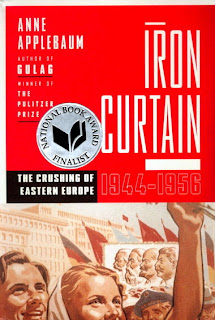 Last week my husband and I were talking about the new book "Iron Curtain: The Crushing of Eastern Europe 1944-1956." I'd read a compelling review of "Iron Curtain" in "The New Yorker," on the way home from work on the subway. Later that night, I mentioned it to my spouse--we both studied 20th century history in college (University of Michigan for me, University of Toronto for him). We were sitting up in bed, with our laptop computers and kindles and magazines, talking about this new book we were both interested in.

(Clearly if you've come to this blog post looking for Fifty Shades of Grey, you've so come to the wrong place.)

Anyway, my husband was poised to order "Iron Curtain" from amazon.com when he said, surprised, "Two one-star reviews?"

"Iron Curtain," published two weeks ago and and written by the award-winning journalist Anne Applebaum, does indeed have one-star reviews. And both of them were posted by people who hadn't read the book.

That's right. Hadn't read it. But were ready to post "reviews," which are by any definition about the work itself.

One-star review No. 1: "Having travelled recently as a tourist in this part of the world, I was very excited to buy this book after reading a review. When I saw the outrageous Kindle price I was mightily offended. Pass on this."

One-star review No. 2: "Not only will I not purchase this book for a kindle I own (which my wife uses pretty exclusively), but this is the sort of thing that will leave me on the fence in deciding to purchase a Paperwhite for my own use, which I have been seriously considering this week. I love the author; it is probably a great book. But, I will wait. I have plenty of unread books.
Some of us enjoy holding a book. I only read one at a time, so space/size simply aren't considerations for me. I would never, in a million years, purchase an e-reader for any reason other than economy. So, an eye-raising price like this factors DIRECTLY into my buying decision."

What is the price that these consumers, one of whom travels through Eastern Europe, recoil from? $17.99. The original list price for the 608-page hardcover is $35 but of course amazon does not charge that and most likely book stores discount too.

The pricing of books is now at the heart of debates raging about traditional publishing versus self publishing. I use the word "rage" advisedly. Independent publishing is an issue often argued with passion that veers into accusation. We who are published by one of the "Big Six" are in the strange position of being both envied and despised. My friends with books out have been told they're passive, deluded, defrauded, the victims of Stockholm Syndrome. I'm not going to hurl myself into the fiery pit of which way of being published is "superior." I see merits in both. I have read great books that came to me via a bricks-and-mortar publisher and an author using Smashwords. I have come not to criticize self-publishing.

No, I have to come to talk about value. What our books are worth.

My novel, "The Crown," is currently priced at $9.99 for e-book. Many novels cost about that. I worked on my book for five years, researching and writing, taking classes and workshops. Traveling. Getting up at 5 a.m. so I could make my word count before the children woke up and I had to go to the office. Drawing on my love of Tudor England and the thriller genre, I crafted the best book I possibly could. It was edited by talented people, with a striking cover. Is my e-book worth $9.99? In my opinion, yes.

Let's talk about entertainment, because that's what many novels are. I am fine with that. In cities, movie tickets these days are set at about $10 for adults. So my novel is not as much of a value as a couple of hours with "Skyfall" or "Taken: 2" or, good grief, "Paranormal Activity 4"?  When you tell a novelist that their  book--in many cases, their dream--should be priced at a dollar or two, rather than nine or ten, you're saying their dream is not worth as much as "Paranormal Activity 4" and should instead cost as much as the Diet Coke someone sips while watching it.

To return to "Iron Curtain," it is an extensively researched book by the journalist who won the Pulitzer Prize for her last book, "Gulag: A History." My husband, who went ahead and bought it that night, keeps reading to me parts he thinks are especially interesting. Based on his comments, The New Yorker review and the first chapter I read for myself on amazon, I believe "Iron Curtain" to be a thoughtful, provocative,deeply informative book. And yes, I think it is worth $17.99. I think it is fair market value to pay that much for a serious work of nonfiction. 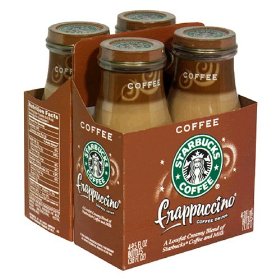 The e-book price of "Iron Curtain" is the price, plus tax, of four venti Frappuccinos at Starbuck's.

And that's gouging? What am I missing here? It's as if people are outraged that a new book costs $50, which I would agree is too high. Instead, it's $17.99-- the cost of a movie ticket and popcorn and drink. Or a CD.  Or one-third of the cost of the new Playstation game. Or one-fifth of  a ticket to a professional baseball or football game. Or four Frappuccino's.

The supporters of self-publishing write very well about the movement. I sometimes get worked up reading their blogs. I agree it's important that writers now have a means to reach readers independent of agents and publishers. But lately the controversy over pricing of books (which has to do with the question of monopolies and the Department of Justice suit) has crept into the question of self-publishing. Now, for me, things are getting messy.

Nathan Bransford, a fascinating thinker on the book business, writes in "The Publishing Industry is Not Deserving of Special Protection", "What are publishers fighting for? They're fighting for the ability to charge a premium for their products. To make customers pay more money for books." I worry that Nathan is one of the people who thinks books should cost as much as a Diet Coke. Being a smart man (who used to be an agent), he knows that there's no way that an industry that went in that direction would be able to dole out an advance to a nonfiction author that would finance the months and years required to research a serious book. His fix for that problem is nonfiction authors should "find a member of the 1 %" to pay for them to write. I know a little bit about the 1 percent. You know what? That's not going to happen too often. No, if traditional publishing goes away, books like "Iron Curtain" go away too. And I think that would be a true and terrible loss.

Agree with me? OK. Disagree with me? That's OK, too. But please don't let's duke it out in the reviews for the actual books.

Posted by Nancy Bilyeau at 7:53 AM