The Ghost of Novels Past 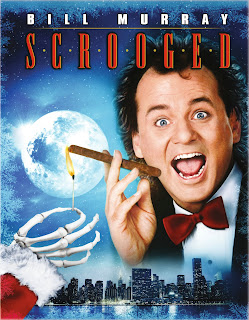 Remember when Bill Murray’s character in Scrooged dropped to his knees and sang, “I’m alive”? Well, that’s how I feel. My second novel, Dancing At Dusk, landed on my editor’s desk twenty-four hours ago, and finally, I’m ready to enjoy my decorations and crack open the festive mood. I know, I know—it’s the second week of January, and we’re the only house in the neighborhood with a Christmas tree, but the writing life follows its own calendar.

My mind is still stuck on all things Christmas, and I’ve been wondering: If the ghost of my first novel were to turn up and take me back through the year, what would I learn?

You can write another book:
When I landed a two-book deal, I freaked. The idea that I had to produce a second novel in one year was terrifying to me, and eclipsed all joy. (The Unfinished Garden evolved over ten years.) While everyone else celebrated my publishing contract, I hyperventilated. I had one novel in the closet—a really bad one—and a ghost story in first draft that was not even close to being a sibling for my women’s fiction debut. 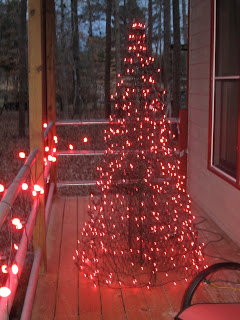 But with input from my agent and editor, I took the seed of that ghost story—dumped the ghost and my heroine—and started researching what would become Dancing at Dusk. And here I am, sniveling into my Kleenex because my new baby is all grown up and leaving home, and I miss my characters. (I love you, Will!)

Which is why you should…

Love what you write, write what you love:
Only one thing pulled me through the trauma of birthing my first novel: falling in love with my second.  Writing is hard work, and finding time to write while you’re promoting a novel is hell. Find the time. Even one hour locked away with your characters can help you breathe again.

You’ve got to have friends:
At the risk of sounding like a Randy Newman film score, you’ve got to have friends. Their excitement can pull you through the terror and the sleep deprivation. Three girlfriends threw a launch party for me—with a sleepover—and that was the only part of the launch that I enjoyed. Don’t assume you’re too busy for your friends. Get drunk with them or meet them for lunch on the weekends. It’ll make you feel like a normal person—with a life.

Ignore nasty reviews:
Believe everyone who tells you to ignore bad reviews. Yes, it’s totally shit that someone who got your novel for free and hated it couldn’t take the moral high road and think, “Thank God I didn’t pay for the damn thing.” Engaging with reviewers who don’t like your novel just empowers them to come after you in other venues. I can only repeat myself: You’ve got to have friends. Because they will listen to your angst, have a glass of wine with you, and help you cast voodoo spells.

Keep your writing partners:
Don’t walk away from your critique group. I could not have wrestled novel two into shape without brainstorming sessions with my writing partners. I’m also incredibly grateful to my five readers who provided excellent feedback on the second draft. Don’t assume your agent or editor is going to do everything, because…

Everything comes down to you: 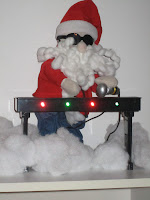 I saw a direct correlation between my promotional activity and sales. For example, since my beloved hero in The Unfinished Garden is obsessive-compulsive, and my son has battled OCD for most of his life, I wrote a blog post during OCD Awareness Week. Twenty-four hours later, I hit the highest point ever in my rankings on Amazon.

You cannot, however, promote your novel 24 /7. Well, I guess you could, but you might end up in restraints. Figure out what you can do realistically—factoring in time and budget—and make it happen.

I had great coverage in the local press, but I worked hard for it. I will definitely do so again. I also hired TLC for a blog tour, which I plan to repeat, and I’ve earmarked promotional dollars for Author Buzz. My one big regret is that I didn’t have postcards printed for TUG. This is top of my to-do list for DAD. (I’ve watched my wiser Book Pregnant buddies use postcards with great results.)

Keep eyes wide-open at every stage, because…

Editing is in the details:
Double, triple, quadruple check. There was a glaring error on the back cover copy for The Unfinished Garden, and it had been up on Amazon for a least a month before I noticed. It took months to get fixed, and I lost way too much sleep fretting over one mistake. When the back cover copy came for Dancing At Dusk, I pored over it. Actually, I rewrote it with my editor’s help.

Before every stage of editing on DAD, I plan to reread the manuscript twice. Once isn’t enough. There are going to be mistakes, but you can limit them if you’re hyper-vigilant.

A while back, I read what would have been a wonderful novel, but I couldn’t enjoy it because every character ‘chuckled’ constantly. After a few chapters, all I could think was, “How come no one caught this?” Don’t let your novel be a chuckler. 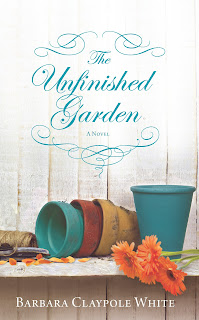 If you have problems with the cover, say so:
It’s a fine dance figuring out how much control you have over the cover, but if something bothers you, speak up. No one will think badly of you for voicing an opinion. MIRA produced a wonderful cover for The Unfinished Garden, but there were a few tweaks along the way. And yes, some of those came from my input.

You need blurbs:
Don’t pussyfoot around saying, “Should I; shouldn’t I?” If you want a blurb from someone, ask. Worst-case scenario, he or she says no. Blurbs are super useful for promotion, and the bottom line is that every novel has them. Without a blurb or two your book baby looks unloved.

Rehearse what to tell friends and family who expect signed copies:
Newsflash, people: We have to buy our books, too! Develop a relationship with a local Indie so you can arrange signed copies through them.

Learn when to let go:
You can’t spend your life beating the promotional drum or worrying about sales figures for your debut novel. Like waving your real baby off to college, you have to let go and trust that your firstborn book will make its own way in the big wide world.

And then, maybe, when you meet the Ghost of Novels Future, you’ll have loads of titles on The New York Times Best Seller List. That’s what I love most about Christmas: It’s the season of hope. 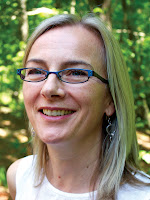 Barbara Claypole White is the author of The Unfinished Garden (Harlequin MIRA, 2012), a love story about grief, OCD, and dirt. Dancing At Dusk will be published in November 2013. You can find her on Facebook.

"The Unfinished Garden is a powerful story of friendship and courage in the midst of frightening circumstances… I highly recommend this wonderful love story.” Bergers’ Book Reviews

“White…conveys the condition of OCD, and how it creates havoc in one’s life and the lives of loved ones, with style and grace, never underplaying the seriousness of the disorder.” Romantic Times 4* review