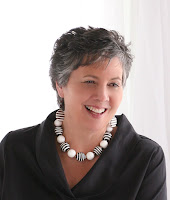 I know there are a lot of fine writers who struggle endlessly to get a book contract and finally give up.  Many a good novel has died for lack of a home.


My perspective on what I had to do and how hard it was going to be came when I attended my first writers’ conference with the SC Writer’s Workshop in 2008. I learned more about the publishing world in those three days than I had in the previous two years surfing the web.


Some conferences are made for craft and some are made for marketing.  Like many new writers, I put the cart before the horse and went to the one on marketing first.  But I learned a lot and I got hooked up with a truly wonderful critique group that has guided me through many beginners’ mistakes.


During the next two conferences I continued to rewrite my novel and perfect my pitch.  A pitch is that three minute summation of what you’ve written that might hook a perspective agent or editor.  The common scenario is what is called the elevator pitch. You’ve just gotten on the elevator on the eighth floor to go to your next workshop.  Standing next to you is Ms. Bess Agent from the OMG Publishing Company in Gotham City and your heart skips a beat.  You say, “Shazam, we’re delighted you agreed to attend our conference.  I’ve just completed my novel and I’d love to tell you about it.”


Being Ms Bess Agent, (and honestly I’ve found all the agents I’ve talked to at conferences to be extremely cordial), she says the magic words… “What’s it about?”


Voilà, opportunity just knocked.  Grab it!  You now have approximately three minutes for your pitch before the elevator reaches the lobby.  “My sixty thousand word romance novel tells the story of how Rover Wolf tries to seduce poor beguiling Mercy Flowers, unaware of the fact that she’s on to his dastardly dog tricks and plans to remake him into faithful Fido to fortify her feline fetish.”  Door opens and Ms Bess Agent says, “Sounds interesting.  I’d like to see the first chapter.”  BINGO.


Here’s where my opportunity knocked.  I was at a baby shower in Atlanta.  I never go to baby showers.  I mean never.  Send a gift, stay at home and write is my motto. But this was for my grandson.  What kind of grandmother was I anyway?  So I put on a little lip stick, sucked in my stomach and climbed into a pair of panty hose.  At the refreshment table one of my daughter-in-law-friends says, Mrs. Remmes, let me introduce you to Ms. Bess Editor from Gotham City.”  My ears perk up.


“I’m working on a novel,” I say, watching her body language for any tell-tell signs of a seizure.   I imagine her eyes rolling back into her head as she thinks, Please God, spare me…not another writer, but she can’t help herself and she does what all good editors are trained to do and says, “Really? Tell me about it.”  I lunged into my pitch, promising myself I will shut up in three minutes and leave her in peace. After two mints and a cookie she says, “Here’s my card.  When you start looking for an agent, call me and I’ll give you a couple of good names.”


I did.  She did, and the agent she recommended signed me and sold my book in two weeks.


I know that few writers have had such luck.  This is not the typical story.  I had geared-up to spend a year or longer to find an agent, and at a baby shower a fairy godmother dropped her wand and it hit me on the head. I had gotten the long end of a wish bone.  The mints were laced with a hallucinogenic drug.  Who knows?  But my three recommendations to anyone hoping to publish are:   1) Go to conferences, 2) Get into a good critique group and 3) Polish your pitch.  I probably should add go to baby showers, but then you wouldn’t believe the first part.

Posted by Brenda Remmes at 9:07 PM