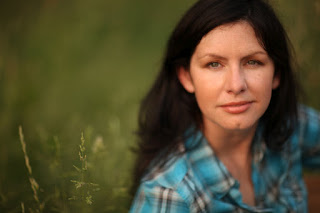 I've heard a lot of people talk about the Edit Cave, as if it were some secret hideout that writers can go to with fancy butlers who bring us our soup and neat gadgets to distract us with when we need it.

Well, besides the fancy gadgets (can you hear me, Twitter?) I totally want a dark cave I can crawl into, dragging my edit letter and brick of an ms with me. It'd be lit only by my laptop screen, and I'd have lidless eyes and extra appendages when I crawled back out. But I'd have my solitude, I'd hit my deadline, and there would be nothing from reality to slide into my time and demand my attention.

But... just try going to Google Maps and typing in "Edit Cave." It doesn't exist. Unfortunately there isn't anyplace we can go for this magical dark place of alone time where our brains are free to exist only in the worlds we've created. Reality is a bitch, and a really high-maintenance one that demands a lot of face-time.

If I had my way I'd eat MRE's and not bathe while in the metaphorical edit cave, but that's not the case. The real world needs me to be responsible and be a good citizen, go to the pool and the ice cream festival, the student graduations and family birthday parties. Instead of the blank "I left the stove on" stare, I tend to have the "I left that character mid-scene" look. It's pretty hard to spot unless you're another writer.

So what do I do? My edit cave is only open during the hours of 10 PM to However-Long-I-Choose-To-Punish-Myself AM. In a way, it really is a dark fortress of solitude, as you tend to loose daylight during that time. While at first I thought I would hate only allowing myself these stolen hours, I soon figured out it's what works for me, and my brain has adjusted.

Yes, I'm sleep deprived. Yes, I'm not the earliest riser. Yes, I tend to be a bit grumpy anytime before noon on the days following Edit-Cave-Isolation. But the revision is going well - ahead of schedule, in fact - and I'm well on my way to becoming one of those people who thanks their editor for making their story stronger in the acknowledgements.

I still wouldn't mind a butler.

Mindy McGinnis is the author of NOT A DROP TO DRINK, a YA dystopian coming from Katherine Tegen / Harper Collins Fall, 2013. You can find her at her blog, Writer, Writer, Pants on Fire, Twitter and Facebook.
Posted by BBC at 3:00 AM