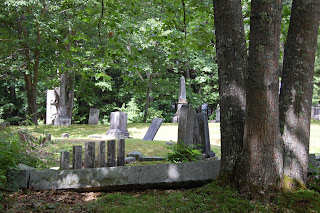 I’m going to tell you a story, and it's a little tough to share because this all feels a little confessional, but here goes:

I’m a big girl. And I don’t cry. Really, I rarely ever cry. And when I do, I don’t shed tears because I have something called Sjogren’s Syndrome. Never heard of it? The short and very incomplete version is my eyes are desert dry. I carry eye drops everywhere. I never wear makeup unless I’m making a public appearance, and then I pay for it with even more irritated eyes for the next week. So if you see me out and about and my eyes look like they’re red and stripped of mascara, it’s not because I’ve been crying. I can’t. It’s the Sjogren’s Syndrome.

Which doesn’t mean that I don’t feel like crying when something hits me with an emotional boulder. And this week something did pick me up and roll me over and drop me onto the canyon floor. Where it was very dry. Dry joke. Dry humor.

Let me get back to that. As previously stated this is my post full of confessions. When I was fifteen, my mother died. It was different than what happened to the character in my book if you happened to read it. My mother’s illness had an abrupt onset, an acute course, and two weeks later, she was gone. Two weeks isn’t a long time, but I assure you that during the decades, which have followed, those two weeks have continued to live on as a defining moment, a turning point. My mother’s death happened when I was at a very impressionable age. It shaped me in many ways -- for better and for worse, but this confession isn’t all that deep. It was a long time ago, and I'm fine now. I only tell you this because of something that happened on my mother’s birthday, the first one after her death.

A made for TV movie called Sunshine aired. In it a young woman developed terminal cancer and made a recording for her young daughter to have later. Again, this situation was completely different that what happened to my mother. But I watched the movie, sobbing as young girls do when they see a sad story. What truly pulverized  me, though, happened in the last few minutes of the movie. Although it wasn’t attributed, the main character read a poem by Christina Rossetti.

Fast forward six months: the movie was rerun on the first anniversary of my mother’s death. First on her birthday, then on the anniversary of her death. Seriously. And of course, I watched it again, armed with a pad of paper to scribble down that poem. Realize, in those days, there was no On Demand. No VCRs. No DVRs. No internet to Google search a line of poetry. Life was simpler and in some ways so much harder. I needed that poem. I just needed it. It said things to me I needed to survive my grief.

I tried to write as fast as I could, but I didn’t get it all. I didn’t know who the poet was. So I wrote a letter, beseeching the network that aired the movie to send me a copy of the poem. The letter was pitiful. No doubt. And morose. I was deep, deep in grief. And I never expected to hear back. I didn’t for a while.

Today, I can’t help but think back to the person who opened that letter and read it. I don’t know who it was. But God bless him or her, because, he or she sent me a copy of that poem. Nothing else, just the poem in an envelope addressed to me.

I can’t tell you how much how much comfort those words have brought me through the years. The two-time coincidence of the day the movie aired – let’s not go get all Twilight Zone – but I was fifteen, and this felt like a message from my mother.

Words. They are powerful things.

A few days ago I received an email from a reader. My book is about a woman who suffers a devastating brain injury and just as they are about to take her off life support they realize she is pregnant. After reading my book, this woman reached out to tell me her own story and told me why my novel touched her. Why she could relate to my book. I’m not going to share the details because I think she wrote me in confidence, but her story was heartbreaking. She suffered a terrible loss. And unbelievably, she thanked me for my book. I never, ever expected that response.

I wonder now about the person who opened my letter so many years ago. That person answered my prayer, and sent me a poem that I recite by heart every time I go home to Maine and visit the cemetery where my mother is buried.

Posted by Marcille Sibley at 6:00 AM