Defining Success for the Debut Novelist 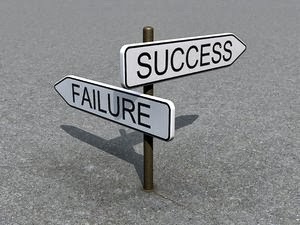 Debut authors are a neurotic bunch—with a long list of expectations and a longer list of fears. The learning curve can continue to torture months after publication, especially when it comes to defining success.

Over at Book Pregnant, some of us are about to launch novel two; some of us are steaming ahead on novels three and four; some of us have won incredible acclaim while others have faced crushing rejection. But most of us have shared one thing: a belief that our debuts have underperformed.

One size does not fit all in publishing; you cannot compare your success to that of other authors. Think about the volume of books published every day. Not all of those can be Amazon Spotlight Books of the Month. Your novel might not be the belle of the ball, it might not be chosen for a single dance, but that doesn’t make it a failure.

My debut novel, THE UNFINISHED GARDEN, wasn’t an Indie Next List pick, a Target Book Club Pick or a New York Times bestseller. I didn’t sell movie rights, or audio rights, or even large print rights. (And my mother is still bemoaning the fact that TUG is not available in English bookstores.)

Three months out from my release date, I was despondent over what I interpreted as low sales figures—even though my editor wasn’t. I invested in an Author Buzz promotion, viewing it as the final step before issuing last rites. While planning the promotion, I asked M J Rose whether I was merely wasting time and money trying to promote a book at such a late stage. I will never forget her response: “Any book is a new book to someone who’s never heard of it.”

Realizing that was a turning point for me. I stopped worrying about how to gauge whether the novel was performing as it should in those vital first months, and I kept up with the business of being an author. I did guest blogs and giveaways when I was invited, continued to network—even forced myself onto Twitter—and threw myself into writing novel two.

And while I wasn’t paying attention, TUG kept bobbing along, quietly doing its own thing. I continued to receive requests from book clubs, and a number of lovely reviews popped up on my Google Alerts. (As I type this, I’m trying to negotiate between two book clubs that want to host me on the same day. At the same time.)

Even more amazing, TUG earned out. When my first royalty check arrived in the mail, I was convinced it was a mistake; it took a second royalty check for me to realize it wasn’t. 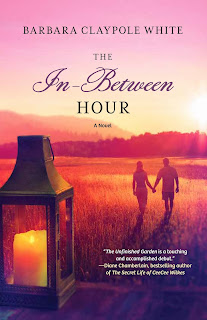 Earlier this week, Harlequin MIRA sent me to the New England Independent Booksellers Association annual conference. My publisher invested a chunk of money in getting me there—and keeping me housed, watered, and fed—so that I could spend one hour signing ARCs for THE IN-BETWEEN HOUR, my second novel. I took that to be a huge marker of Harlequin’s belief in my success. Finally, I got the message: My debut had not been a failure.

Thirteen months out, I have four book clubs coming up, and TUG is a finalist in the 2013 Golden Leaf Contest and the 2013 Book Buyers Best Contest (both to be announced later this month). And just the other day, I found a new review on Amazon that may be my favorite E-V-E-R.

My point is this—your novel doesn’t have to hit the world as a hare. Tortoises can still complete the track in good time. And the notion that debut novels have six weeks to sink or swim is, in my mind, a myth. Certainly my publisher is interested in career building, which can be a slow burn. On that happy note… 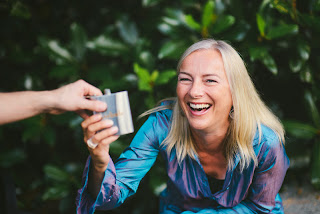 Keep writing, keep smiling, keep networking. And ignore the instinct to obsess over Amazon rankings (which will only drive you to gin).

Barbara Claypole White writes love stories about damaged people. THE UNFINISHED GARDEN (Harlequin MIRA, 2012) won the 2013 Golden Quill for Best First Book. Her second novel, THE IN-BETWEEN HOUR, has a release date of December 31, 2013. Connect with her on Facebook or Twitter