Once You Sign With An Agent, The Wait Is Over (Oh, I Crack Myself Up!) 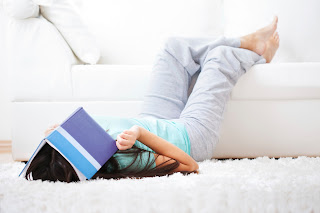 In January 2010 I started querying agents with my novel. My query letter had been workshopped and critiqued and rewritten many times. Within minutes after I finally pushed “send” – and that took me about 30 minutes the first time (so not kidding) – I received both a request for pages and a rejection.  And so it began. The yin and yang, the tug-o-war, the ups and downs of the query-go-round.  Subsequently I received more requests and even more rejections. Some were sprinkled with kindness and advice. Most were not.

I met Jason Yarn from The Paradigm Agency about halfway through my agent-quest via a pitch contest on QueryTracker.net. I was one of five winners even though it wasn’t my pitch that got his attention, it was my first line. (Note to aspiring queriers, paste the first page(s) of your novel at the end of your query letter unless expressly forbidden. You just never know.) Next, I was invited to send Jason the full manuscript.  Emails followed. Conversations ensued. Manuscript changes were made. Then, ten months after my first query letter was sent, which was about six months after connecting with Jason, he was my agent.

Ten months and 116 queries to get an agent! That’s longer than it takes to give birth to a real live baby!

Was the process what I expected? Yes and no. I expected it to take a long time to find an agent because that’s the word on the virtual street. And you know, if it’s in a blog or on Facebook or Twitter, it’s true.  Ok, maybe not always, but it is true in this case. Also, I never expected a male agent to connect to my book because the main characters are women and I’d always pegged it as up-market women’s fiction – or as some like to say – a book club book. But I was wrong! Jason connected with the book. And more importantly he connected with me and the way I write and work. And I connected easily to the way he offers his spot-on advice.

What I was right about, and what everyone seems to be right about, is that the perfect agent for your book is the one who loves it and sees its potential as a saleable book in the current market.

Then – after about another ten months and another round (or two) of revisions to the manuscript, Jason sold The Glass Wives to St. Martin’s Press.

Just to kill myself kindly refresh your memory – that was twenty months after sending my first query letter.

When you want to be a traditionally published author (which many, many writers still do – do not let the naysayers sway you from your dream) waiting is not idle time. There are fulltime jobs and fulltime families and time-worthy friends. There are other books to be written, short stories and essays to compose and to publish, there are industry blogs to read (ahem, you’re reading one now, good for you!) and lists to make. Heck, there are books to read!

During my waiting time since signing with Jason I have written one full novel that is under my bed conducting how-not-to-write-a-novel workshops for the dust bunnies. I’ve sent one kid off to college and learned how to live with just one kid at home. I’ve read about 100 novels and many writing books and articles and blogs and magazines. I’ve had lunch with author friends. I’ve spent time with non-writing friends. I’ve managed a freelance career. I have a full outline and the start of a synopsis for another novel. I’ve gotten a few manicures and pedicures. I have 5,000 words of a novel that will never be finished. And I have a spiral notebook full of beloved scenes and ideas and phrases and characters who are calling me. Loudly. I’ll write that novel when the waiting begins again.

Because it always does.