Dancing Naked in the Cemetery: When Fiction is Perceived as Fact 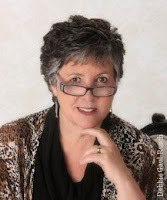 I have the unique joy of being able to trace my family heritage back to the early 1700s.  The tomb stones of many of those relatives are placed behind an historical country church established in 1759 less than two miles from where I live today.  Consequently, I’m not just talking about tracing on a genealogical site, I’m talking about walking up to their grave and saying out loud… “See here, right here I stand.  The fruit of your loins 200 years down the road, and counting.”

Fortunately, I have a family that not only remained local, but also believed in education and schooled their children to write extensively.  It’s in my genes.  As icing on the cake, someone had enough insight to save their letters and pack them in a crate for me to open 150 years later.  Those letters have been great fodder for my imagination.

Imagination is the key word here.  Predominantly, I write fiction, so I juice things up a bit.  I play around with names and take a bit of one person’s history to combine with another.  I create places of intrigue and there’s nothing more fun than ghosts and spirits and sounds in the night.  To put all of that in a grave yard, well, the combination is irresistible.

Herein lies the problem.  The embellishment of these stories by me and others over the years has become viral, and with the onslaught of tweet and twitter and all these nasty little messenger devices, the church sees more action at night than during the day.  The congregation only meets every other week for one hour.  The cemetery is busy from midnight to dawn.  Our surveillance cameras caught a bevy of not-so-tantalizing beauties dancing in the nude last weekend.  It was hard to identify them because they didn’t have any clothes on but their bare breasted frolic would have been more pleasing had more been hidden.  Just my personal opinion, of course.

Do I care?  I didn’t used to.  Get your jollies by tiptoeing around graves under a full moon or pretending that some ghost appears to reclaim his golden arm at the stroke of midnight.  What I care about is that frivolity is turning more often to vandalism and we pick up beer cans, liquor bottles and broken glass on a regular basis.  Our “no trespassing after dark” signs are ignored and the security camera and lights are destroyed.  Recently, church windows were broken.  Last night I ventured out and confronted six more young people at midnight.  Really, midnight is long past my bedtime.  I don’t like doing this, but I’m afraid we’re going to have to start prosecuting for trespassing in order to close the flood gates.  And yes, we already have a gate that stops no one.

I write this because this senseless destruction has made me rethink my own writing.  What have I written that people actually believe is true? I used to think that was the height of a good writer, to be so convincing that your reader confused fiction with reality.   I’m having second thoughts, especially now that tweeting appears to be able to broadcast tidbits of misinformation to thousands within seconds, without anyone having read the book.

Posted by Brenda Remmes at 9:51 AM