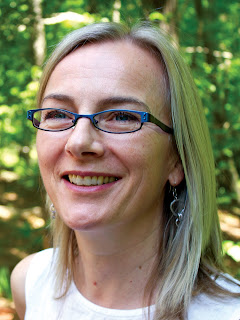 On Friday, October 19, Book Pregnant is heading to Myrtle Beach for the South Carolina Writers’ Workshop. David Abrams, Anne Clinard Barnhill, Lydia Netzer, Brenda Remmes, and I will be giving an intensive workshop on how to create a village to help promote your debut novel.
I first went to SCWW four years ago as a terrified newbie. Desperate to take workshops on craft, mingle with agents and editors, and meet other writers, I also daydreamed about winning the fiction category of the Carrie McCray Memorial Literary Awards, sponsored by the conference. In 2009 I placed second with the manuscript that would become The Unfinished Garden. Next week, with a little help from Harlequin MIRA, I will birth this book. I think that makes SCWW my baby’s godmother. 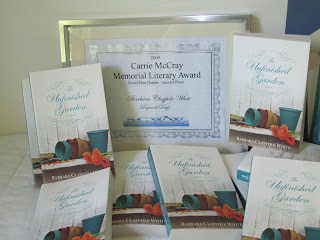 Returning as a faculty member is my tiara moment. I am thrilled to be part of this Book Pregnant panel, with each of us talking about a different aspect of marketing.

Me? I’m the bargain basement girl of promotions. Partly, this comes from my outlet shopper mentality, but it’s also the legacy of my former life as a London PR for young fashion designers. My clients were wildly creative and perennially broke.
As a debut author, the task of promoting your novel can seem overwhelming. But creating a marketing plan, or the less scary marketing to-do list, is no different to excavating a plot. Come up with a few ideas and then unleash your mind. Follow every crazy tangent; trust your gut; think around corners. And here’s the best part: the price tag is zero.

Start by asking some basic questions about your settings and characters. What gives them reader appeal? How can you build on that? For example, the countryside plays an important role in The Unfinished Garden. My heroine owns a woodland plant nursery in rural North Carolina, and a pivotal scene unfolds at a famous dairy farm. This was the angle that persuaded a local protect-our-countryside group to plug the novel in its monthly newsletter.  And as for my beloved hero?  He’s obsessive-compulsive, and OCD is an unusual hook for mainstream fiction. When I asked the local library about hosting an author event, I decided to suggest something different—a reading during OCD Awareness Week. The librarian was delighted.

Of course, the best free coverage comes via the media. Contacting journalists is no different to querying agents: research, customize, and never ask a question that comes with a yes / no answer. (Do you want to write a lovely article on my novel? No.)  Two-thirds of The Unfinished Garden is set near my childhood village in England, and who doesn’t love a hometown success story? After a regional magazine ran a piece with my local-girl-sells-debut-novel angle, numerous people stopped my mother in the supermarket to congratulate her. Jackpot. I boosted motherly pride and pre-order sales at the same time.

Finally, when life throws a curveball at your promotional endeavors, adapt. I created a spiffy marketing plan (this used to be my thing, you know?) and then discovered my mother needed heart surgery. I lost a month to being a full-time caregiver and house elf in England, and my head was wedged down the pity pot.  But twice a day, I had to exercise Sally the pampered hound. So I began an online walking tour of the settings that inspired The Unfinished Garden and posted a photo a day to my Facebook page. The response was incredible. After I uploaded a picture of the old coaching inn where I used to work, a long-lost acquaintance popped up to say, “That’s my local pub! I have to read this book!” My life was circling the family drain, but I was back on the promotional bandwagon, selling my novel one copy at a time. Sometimes that’s enough.

Posted by Barbara Claypole White at 6:25 AM