What To Do When There's Nothing Left To Do 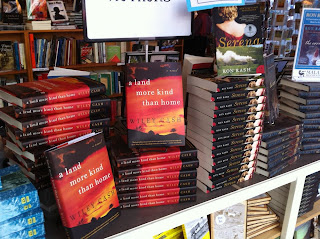 When I was a kid, I watched the movie Space Camp. At the time, I was really interested in science, and, although I’d never even flown in an airplane, I was thinking it would be pretty cool to be an astronaut. To be honest, I was a pretty impressionable kid; I’d read Pistol Pete Maravich’s biography and started spinning the basketball on the tip of my index finger and wearing floppy tube socks. I’d been so blown away by M.C. Hammer’s album Please Hammer, Don't Hurt 'Em that, in the sixth grade, I plagiarized the lyrics to “Pray” for an essay on “how to make the world a better place.” With skills like that, being an astronaut would be simple.

Space Camp is about a group of kids who go to a camp at the Kennedy Space Center. One day, during a simulated launch, the gang is accidentally shot into outer space. Like anyone would be who isn’t old enough to operate a car, the kids face their share of interstellar challenges. One of those challenges has always stayed with me; at the end of the movie, they begin to run out of oxygen, and they have to hold their breath in order to survive. I’ll never forget that one character tells a story about a friend who can hold his breath forever just by thinking about French fries. This scene scared me to death.

I’ve never been one for cardio; I’ve never been a strong swimmer or a strong runner, and I couldn’t imagine being forced to hold my breath, regardless of what was on my mind to distract me. I was wrong; my first novel, A Land More Kind Than Home, sold to William Morrow in December of 2010, and it’s being released tomorrow, a full fourteen months later. I’ve been holding my breath for almost a year and a half. It turns out I do have the lungs to be an astronaut, or I can at least hold my breath long enough to help a young Tate Donovan and an even younger Joaquin Phoenix bring the shuttle home.

Over the past few months, especially the past few weeks, I’ve often felt like I was in a cramped shuttle cabin, growing light-headed and dizzy, blood pumping in my ears. I’ve spent less time thinking about the novel’s actual release and more time thinking about how to prepare for it. I’ve written blog posts, traveled to conventions, sat for interviews, and spent more hours than I care to admit plugged into Facebook and Twitter. For a guy who’s never downloaded a song and has no clue how to use an Ipod, it’s been quite an adjustment. To put it simply: I’m sick of me, and I’m sure other people have gotten pretty sick of me too. But such is the mania of publishing your first novel, or so I’m told by others who have done it.

It makes sense that preparing for it can make you crazy. Shortly after my book sold, one of my best friends and I attended a writing convention in Washington, DC that featured an acres-sized book fair, full of more tables and books and authors than I’d ever seen in my life. It seemed that there were more books than there were people to read them, and I remember asking my friend how I could ever expect my book to find its way into readers’ hands.

We like to think that the job of the writer is to write and that the job of promoting, toting, and devoting others to said writer’s book falls to someone else. For the most part, this is true. I have an absolutely wonderful publicity and marketing team on my side, and everyday I take several moments throughout my day to be conscious of my good fortune, to live in the moment and marvel at the incredible turn my life has taken. But that doesn’t stop me from lying in bed at night, wondering if there is more I can do to get my book out there: more booksellers to meet, more Facebook posts to post, more 140-character comments to tweet.

At least tonight will be my last night having thoughts like these.

My novel will be out tomorrow, and at this moment there is nothing more I can do to make that release any more or any less successful. Already I can feel oxygen coming back into the cabin. We’re going to land safely, and everything is going to go back to normal. And I can finally eat French fries without having to think about holding my breath.
Posted by Wiley Cash at 6:26 AM